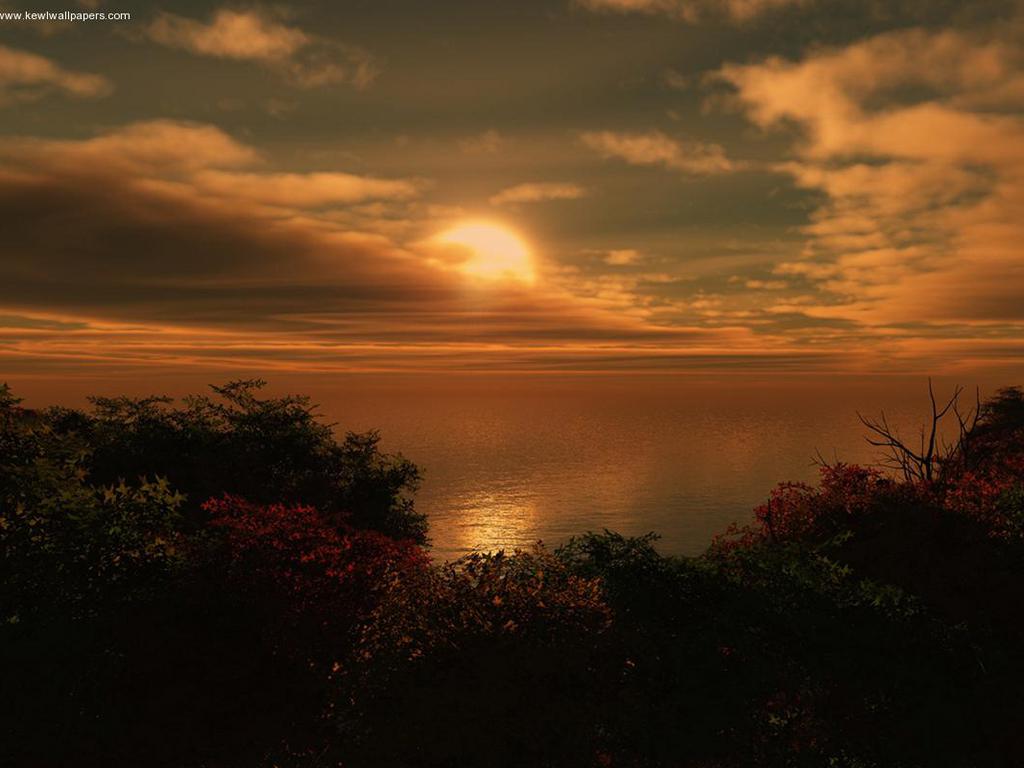 The World of Jinn and Its Secrets

The World of Jinn and Its Secrets (Q & A)

In his capacity as Allah’s vicegerent on earth, man is ordained by Allah to worship Him Alone without partners. Consequently, we should not get absorbed in stories about jinn, as it is not a form of worship.

The Qur’an and Sunnah indicate that jinn exist, and that there is a purpose for their existence in this life, which is to worship Allah Alone with no partner or associate. Allah Almighty says: “And I (Allah) created not the jinns and humans, except they should worship Me (Alone).” (Adh-Dhariyat: 56)

Scholars are in disagreement over the difference between jinn and demons. Some of them say that the word jinn goes far to encompass the jinn as well as the demons. The word also includes believing and unbelieving jinn. Allah Almighty says, “And among us there are righteous folk and among us there are far from that. We are sects having different rules.” (Al-Jinn: 11) “And there are among us some who have surrendered (to Allah) and there are among us some who are unjust. And whoso hath surrendered to Allah, such have taken the right path purposefully.” (Al-Jinn: 14)

However, the word demon or shaytan is used to refer to the unbelieving ones among the jinn. Allah Almighty says, “…and the devil was ever an ingrate to his Lord.‏” (Al-Isra’: 27)

The world of the jinn is an independent and separate world with its own distinct nature and features that are hidden from the world of humans. Jinns and humans have things in common, such as the ability to understand and choose between good and evil. The word jinn comes from the Arabic root meaning “hidden from sight”. Allah Almighty says: “… Verily he (shaytan) and his soldiers from the jinn or his tribe see you from where you cannot see them…” (Al-A`raf: 27)

Allah has created different types of jinn. Among them are some who can take on different forms such as dogs and snakes; some who are like flying winds with wings; and some who can travel and rest. Abu Tha`labah al-Khushni says that the Prophet (peace and blessings be upon him) says: “The jinn are of three types: a type that has wings and they fly through the air; a type that looks like snakes and dogs; and a type that stops for a rest then resumes its journey.” (Reported by At-Tahawi in Mushkil Al-’Athar)

The jinn and the sons of Adam

Every individual among the sons of Adam has a jinn who has been appointed to be his constant companion (qarin). Ibn Mas`ud reports that the Prophet (peace and blessings be upon him) says: “The Messenger of Allah (peace and blessings of Allah be upon him) says: ‘There is not one of you who does not have a jinn appointed to be his constant companion.’ They said, ‘And you too, O Messenger of Allah?’ He said, ‘Me too, but Allah has helped me and he has submitted, so that he only helps me to do good.’” (Reported by Muslim)

Allah has given jinn powers that he has not given to humans. Allah has told us about some of their powers such as the ability to move and travel quickly. One of the jinn guaranteed to Prophet Sulayman (Solomon, peace and blessings be upon him) that he would bring the throne of the Queen of Yemen to Jerusalem in a moment, faster than the time needed for someone to get up from where he was sitting. Allah Almighty says: “A stalwart of the Jinn said: I will bring it thee before thou canst rise from thy place. Lo! I verily am strong and trusty for such work. One with whom was knowledge of the Scripture said: I will bring it thee before thy gaze returneth unto thee. And when he saw it set in his presence, (Solomon said) This is of the bounty of my Lord. That He may try me whether I give thanks or am ungrateful. Whosoever giveth thanks he only giveth thanks for (the good of) his own soul: and whosoever is ungrateful (is ungrateful only to his own soul’s hurt). For lo! My Lord is Absolute in independence, Bountiful.” (An-Naml: 39-40)

‏The food and drink of jinn

Ibn Mas`ud reports that the Prophet (peace and blessings be upon him) says: “There came to me an inviter on behalf of the Jinn and I went along with him and recited to them the Qur’an.” He (the narrator) said: The Prophet then went along with us and showed us their traces and traces of their embers. The Jinn asked the Prophet about their provision and he said: “Every bone on which the name of Allah is recited is your provision. The time it will fall in your hand it would be covered with flesh, and (you can have) all the droppings as food for your animals.” The Prophet (peace and blessings of Allah be upon him) said, “So do not use (these things) for cleaning yourselves (after relieving oneself), for they are the food and provision of your brothers (Jinn).” (Reported by Muslim)

The believing jinn may eat any bone on which the name of Allah has been mentioned, because the Messenger (peace and blessings be upon him) did not permit them to have anything on which Allah’s Name has not been mentioned – those are for the unbelieving jinn.

The beasts of the jinn

According to the Hadith reported by Ibn Mas`ud, that we have quoted above, the jinn asked the Messenger (peace and blessings be upon him) for provision, and he said to them: “…and (you can have) all the droppings as food for your animals.”

The dwelling-places of the jinn

The jinn live where we do live on this earth. They are mostly to be found in ruins and unclean places like bathrooms, dunghills, garbage dumps and graveyards. Hence the Prophet (peace and blessings be upon him) taught us to take precautions when entering such places, by reciting the adhkar (mentioning Allah’s Name) prescribed by Islam.

One of these are reported by Anas ibn Malik (may Allah be pleased with him) who says: “When the Messenger of Allah (peace and blessings be upon him) entered the toilet, he would say, ‘Allahumma inni a`udhu bika min al-khubuthi wal-khaba’ith (O Allah, I seek Refuge with You from all offensive and wicked things [evil deeds and evil spirits]).’”

Some jinns are Muslims and some are non-Muslims

Protection from harm of jinn

Because jinn can see us while we cannot see them, the Prophet (peace and blessings be upon him) taught us many ways to protect ourselves from their harm. They are seeking refuge of Allah from the accursed shaytan, reciting surat Al-Falaq and surat An-Nas, and reciting the words taught by Allah in the Qur’an. Allah Almighty says, “And say: My Lord! I seek refuge in Thee from suggestions of the evil ones. And I seek refuge in Thee, my Lord, lest they be present with me.” (Al-Mu’minun: 97-98)

Saying Bismillah (in the Name of Allah) before entering one’s home, eating or drinking, and having intercourse will keep Satan from entering the house or partaking with a person in his food, drink and sexual activity. Similarly, mentioning the name of Allah before entering the toilet or taking off one’s clothes will prevent the jinn from seeing a person in a state of undress or harming him. The Prophet (peace and blessings of be upon him) says: “To put a barrier that will prevent the jinn from seeing the `awrah of the sons of Adam, let any one of you say ‘Bismillah’ when entering the toilet.” (Reported by At-Tirmidhi)

Strength of faith and religion in general will also prevent jinn from harming a person, so much so that if they were to fight, the one who has faith would win. Ibn Mas`ud (may Allah be pleased with him) says: “A man from among the Companions of Muhammad met a man from among the jinn. They wrestled, and the human knocked down the jinn. The human said to him, ‘You look small and skinny to me, and your forearms look like the front paws of a dog. Do all the jinn look like this, or only you?’ He said, ‘No, by Allah, among them I am strong, but let us wrestle again, and if you defeat me I will teach you something that will do you good.’ The human said, ‘Fine.’ He said, ‘Recite (the verse): “Allah! There is no God save Him, the Alive, the Eternal. Neither slumber nor sleep overtaketh Him. Unto Him belongeth whatsoever is in the heavens and whatsoever is in the earth. Who is he that intercedeth with Him save by His leave? He knoweth that which is in front of them and that which is behind them, while they encompass nothing of His knowledge save what He will. His throne includeth the heavens and the earth, and He is never weary of preserving them. He is the Sublime, the Tremendous.” (Al-Baqarah: 255) The human said, ‘Fine.’ He said, ‘You will never recite this in your house but the shaytan will come out of it like a donkey breaking wind, and he will never come back in until the next morning.’” (Reported by Ad-Darami)