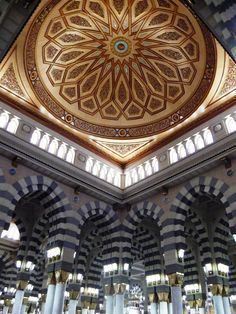 Posted Jan 26 2012 by webadmin in General with 0 Comments

Police search the spot where a man fired shots at them from Bryanston Parallel Medium School. The man is still on the run. Photo: Tiro Ramatlhatse

More than 30 incidents of car-jamming theft are taking place in the high end shopping malls and primary schools of Sandton each week.

On Tuesday, a dramatic early morning shootout unfolded at Bryanston Parallel Medium Primary School between police officers and a man in a black Subaru believed to be a remote control jamming thief.

The school had been on alert after several incidents recently. During the morning drop-off rush on Tuesday, a security guard handing out flyers warning of the trend became suspicious of a man in a Subaru who was holding a handbag, and took down the registration before alerting the police. When police arrived, the man shot at them. Officers fired back, but the man escaped. No one was injured in the incident.

According to a security guard at the school, last week a woman in a Toyota Fortuner reported that her handbag and laptop had been stolen while she was dropping her child off.

Then on Friday, a man, also in a Fortuner, reported the theft of his laptop. On Monday, a woman, who had dropped off her child at the school and had stopped at a grocery store, noticed that her handbag and laptop were missing.

The Star understands that at least four primary schools in Sandton have been hit since November – and incidents have been reported at Sandton City and the Hobart shopping centre in Bryanston.

A police source, who could not be named, said on average there were over 40 incidents of theft out of vehicles reported in Sandton each week. Of these, 85 percent were thefts in which jamming took place.

In the scam, criminals use domestic remote controls to interfere with the signal of the car remote, preventing the car from being locked. When the motorists are out of sight, they open the vehicle.

Just hours after the shootout on Tuesday, Rivonia Primary School sent out SMS alerts to parents warning them about the anti-locking scam.

But school governing body deputy chairwoman Disebo Moephuli said she wasn’t aware of any incidents at the school.

Sandton Community Police Forum chairwoman Wendy Vorster-Robertson said primary schools were softer targets as most parents walked their small children to class. “Most of the parents are going to work and would have valuables in their car that they don’t want to take in with them,” she said.

At malls there has been a constant increase in incidents over the past 10 months. Some crooks watched motorists pull up while others targeted shoppers who dropped off their purchases and returned to the mall, Vorster-Robertson said.

Servaas du Plessis, CEO of Censeo, an insurance industry assessing and verification company, said while there was not an increase in incidents nationally, some of the high-end shopping malls in Sandton, Menlyn and Durban had been hit.

Gareth Kemp of the Hobart centre in Bryanston said that in two incidents last year, laptops were taken from cars.

Retail Motor Industry CEO Jeff Osborne said they became aware of the trend, in which ordinary remotes were used to jam locking devices, about 18 months ago.

Because car remotes were electronic transmitters, there was not a “great deal” that could stop it.

“The only way is for motorists to be more vigilant when they lock their cars, to hear the audible click and then to even test the door. It’s the sad reality,” Osborne said. – The Star