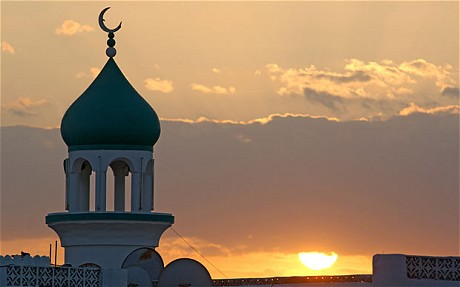 Posted Oct 10 2011 by femzamarketing in General with 0 Comments

His name was Abul-Hussain MUSLIM-bin-Habaj al Nishapuri. He was born in a distinguished family of Arab Muslims in Khorasan which was a famous town of Russia. Imam muslim was born in 817 A.D. corresponding to the Islamic year 204 A.H. His forefathers occupied prominent positions during the time of the four Caliphs. He traveled to many places with the object of learning Hadith, and after completing his studies in the various centres of learning, he settled at Nishapur. He spent the rest of his life teaching Hadith.

Imam muslim started his studies at the very early age of fourteen years. In the year 218 A.H. the atmosphere in Nishapur, his birthplace, was of a religious and knowledge type. Nishapur had great personalities in this period such as lmaam Rahiwe and lmaam Zohri. After traveling widely in search of Hadith, he settled in NishaPur as mentioned above. Imam muslim was much impressed by the vast knowledge of imaam Bukhari (R.A.), in the field of Hadith and the deep insight he possessed on this subject. He therefore attached himself to imaam Bukhari (RA.) up to the end of his life. Imam muslim was also an admirer of another great teacher of Hadith, Muhammed bin Yahya al Dhuli. He attended his lectures regularly. He visited Baghdad several times and had the opportunity of delivering lessons there. His last visit to Baghdad was two years before his death.

Imam muslim RA adhered strict1y to the path of righteousness. He was in fact a great saint of a very high caliber. His excellent character can be well judged from the simple fact that he never ever indulged in backbiting, a very common human failing. He had a remarkable memory. Ishaq bin Rahwi said of Imam muslim “I wonder what this person is going to be?” This was said in his youth. Ishag Kausar once addressed lmaam muslim (RA.) and said; “Your presence in the Muslim community will always keep it in the good. ” Abu Saimah who was a colleague of Imam muslim was so attached to him that while lmaam Sahib was busy compiling the Sahih muslim he remained in imaam Sahib’s company for fifteen years. He never told a lie nor did he ever use vulgar words.

Allamah Nabawi (R.A.) says that the Ummat have accepted the Bukhari Shareef and Muslim Shareef as the Kitabs, which follow the Quraan, in authenticity although the Bukhari is regarded as holding a higher position than the Sahih muslim for specific reasons, the sequence applied in the muslim is much better than that of Bukhari. It is known as AI-Jamah as Sahih because it contains the eight different subjects on Hadis.